Shipping details- The succulents are first dried for a day or two and then sent bare root, carefully wrapped in a soft tissue paper with proper caution taken along with great packing. We don’t send succulents to soil as it can cause root damage. It’s easier to revive a dry plant but impossible to revive a rotten plant. hence we don’t take that risk as with soil, excess water can rott the plant

Sedums are varieties of perennial flowering herbs and shrubs commonly known as stonecrops. They are abundant in the northern hemisphere and its small, usually pink flowers are known to attract butterflies and insects.

Description
Sedum typically has thick stems, succulent leaves and flower heads that bud early and physically resemble broccoli. The flowers open in the autumn and tend to be mostly pink and mauve but can also be white, blue and yellow. Some varieties of sedum have deep purple, almost black, foliage. Others have grey-green leaves that turn pink in autumn, or may just consist of whorls of stamens in a pot.

Habitat
Sedum is native to countries across the Northern Hemisphere, including Europe and America. They are very hardy plants and thrive throughout the northern hemisphere in mountains, deserts and meadows. Sedum even grows on sand dunes along coastal regions.

Availability
Sedum cuttings are available all year round. They are used widely to plant roofs with a green or coloured canopy. In some conditions, the cuttings will grow without being planted. Plugs can be planted in ornamental flower beds. In a conventional garden, they’re usually found to thrive in the summer. 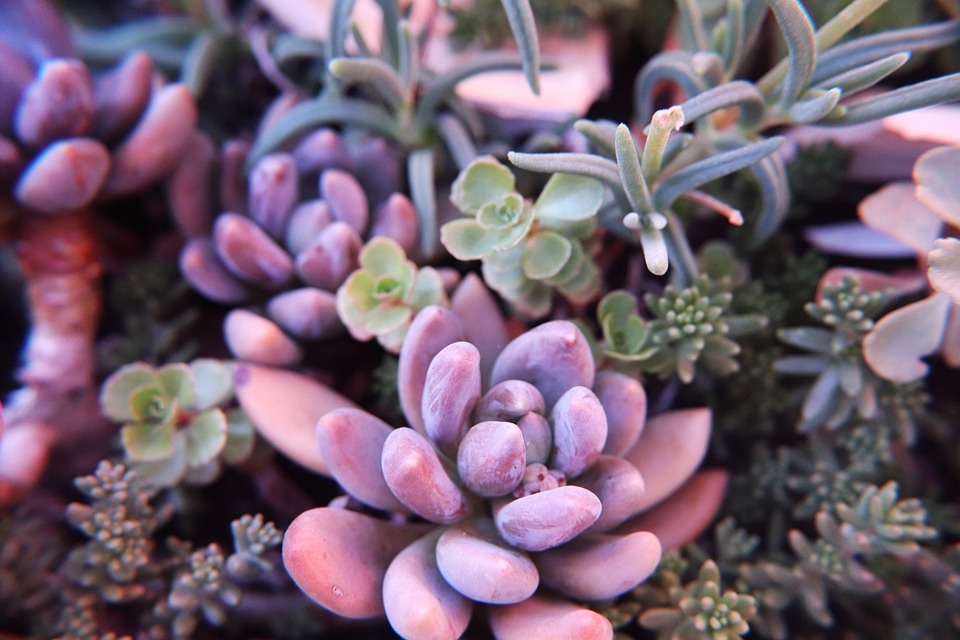 Species
This plant is a genus of the family crassulaceae and there are approximately 400 species of sedum. They are used as medicinal plants as well as for ornamental purposes.

Care Tips
These plants like a sunny position and well-drained soil. Add some grit to the soil in winter to help drainage. Sedum does not like fertiliser and will wilt if the soil is too rich. Sedum flowers only once and does not need dead-heading. The centre of the plants may die out after a few years. At this point, the plant should be divided and re-propagated. It’s also important to watch out for aphids that suck out the sap in the plants.

Did You Know?
Sedum plants are known to be used as roof cover, in preference to grasses. The roof of the Rolls-Royce Motor Cars plant in Goodwood, England is covered in sedum.

There are no reviews yet.

Be the first to review “Hush-Pushie Sedum- Mutated” Cancel reply